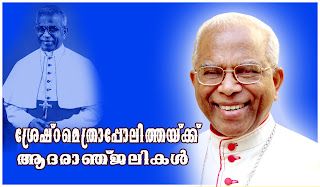 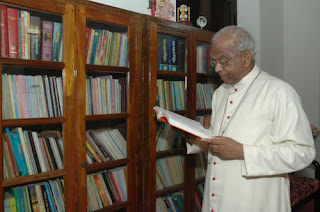 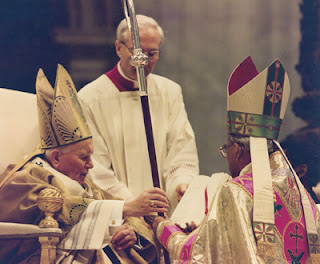 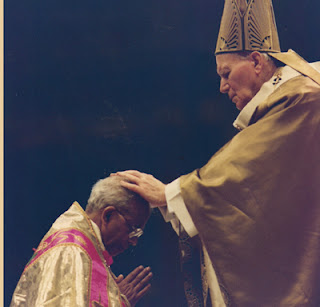 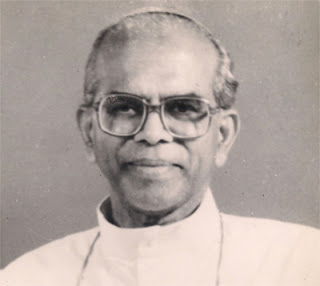 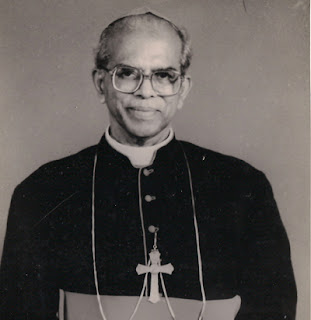 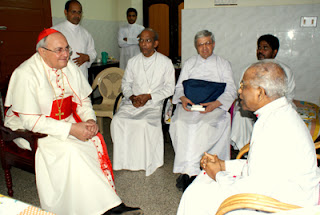 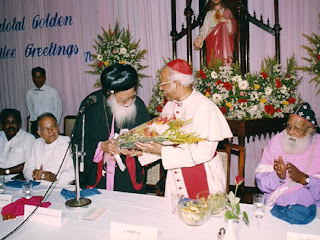 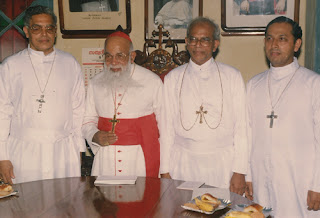 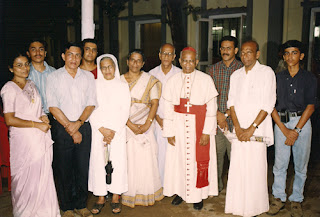 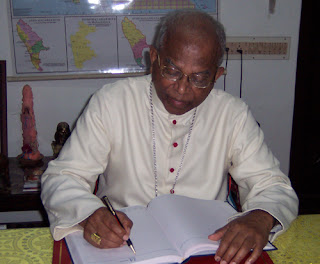 Birth. May 29, 1927, Parur, archieparchy of Ernakulam-Angamaly of the Syro-Malabars, India. Son of Thresiamma and Justice Joseph Vithayathil.

Priesthood. Ordained, June 12, 1954, by Thomas Pothacamury, archbishop of Bangalore. Further studies, Rome, 1955-1959. Professor of canon law and other subjects for almost 25 years at the Redemptorist Major Seminary of Bangalore. Further studies, Karnakata, 1971-1972. Provincial superior of his congregation in India and Sri Lanka, 1978-1984. National president of the Conference of Religious in India, 1984-1985. Apostolic administrator of the Benedictine monastery of Asirvanam, Bangalore, 1990-1996.

Episcopate. Elected titular archbishop of Acrida, apostolic administrator, sede vacante et ad nutum Sanct Sedis, of Ernakulam-Angamaly, November 11, 1996. Consecrated, January 6, 1997, patriarchal Vatican basilica, by Pope John Paul II, assisted by Giovanni Battista Re, titular archbishop of Vescovio, substitute of the Secretariat of State, section of General Affairs, and by Miroslav Stefan Marusyn, titular archbishop of Cadi, secretary of the Congregation for the Oriental Churches. His episcopal motto was Obedience and peace. Transferred to titular see of Antinoe and appointed apostolic administrator, sede vacante et ad nutum Sanctae Sedis, of Ernakulam-Angamaly of the Syro-Malabars, April 19, 1997. Attended Special Assembly for Asia of the Synod of Bishops, Vatican City, April 19 to May 14, 1998. Promoted to archbishop major of Ernakulam-Angamaly of the Syro-Malabars, December 23, 1999.

Death. April 1, 2011, in Ernakulam; he suffered a major cardiac arrest while participating in a mass at the chapel of the archbishop's house this afternoon. He was rushed to nearby Lisie Hospital, in Kochi, where doctors tried to revive him but failed. He died at 2 p.m., Catholic Church spokesperson Father Paul Thelekat said.  His funeral will take place on Sunday, April 10, 2011. at 2:30 p.m., at St. Mary's Cathedral Basilica, Ernakulam, Kochi, Kerala, India.

deepika
manorama
mathrubhumi
To avoid SPAM comments, all comments will be moderated before being displayed.