"LORD FORGIVE THEM FOR THEY DO NOT KNOW WHAT THEY DO" 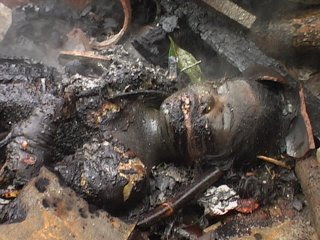 Fr. Edward Sequeira, a priest belonging to the Society of Divine Word (SVD), was one of those who was seriously injured when his mission station was attacked by the mob in Oris sa .Currently recuperating at Burla Medical College Hospital , Sambalpur, Fr. Sequeira, upon gaining consciousness, narrated the story to his brother Commodore Valentine Sequeira who writes:
A large mob of more than 700 people were returning after attending the cremation of Swami Laxmananand Saraswati who was killed along with four others Saturday evening by suspected Maoist guerrillas at his Jalespata ashram.The mob was chanting anti-Christian slogans and when they reached Padampur in Bargarh district, they attacked the orphanage where Fr Edward lived.Ms. Rajni, a 20 year old student who lived in the orphanage and was also working as an auxiliary nurse in the orphanage confronted them.

When Fr Sequeira arrived at the spot, the mob locked him and Rajni into separate rooms, and ordered the children to vacate the orphanage. The mob then ran sa cked Fr Sequeira's room, poured petrol on him, Rajni and set the orphanage on fire. 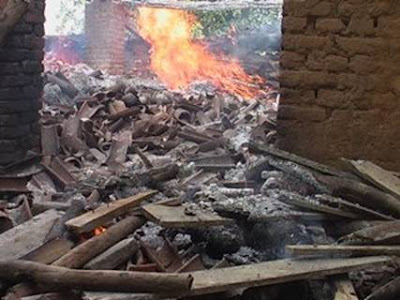 The ruins of the orphange that was burned own.

"I was engulfed in flames, I could hear the cries of Rajni and the mob was cheering and shouting through the windows," recalls Fr Sequeira.

He however, managed to crawl to the bathroom, beat out the flames and closed the windows."When I started to suffocate I found a crack on the wall that was damaged in the attack and kept my nose there to breath some air. All the while I could hear the cries of Rajni from the next room where she was writhing in agony. After sometime, there was silence and I thought she must have managed to escape from the room," recalled Fr Sequeira.Unknown to Fr Edward, the girl was burnt alive and had breathed her last. 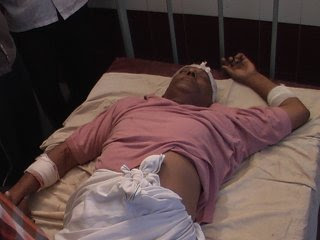 People from the neighborhood who heard the cries of children rushed to the rescue, broke the walls and brought him to sa fety. That is when the mob attacked him again outside the orphanage and beat him up mercilessly till he became unconscious. He was initially rushed to the hospital at Padampur and later with the help of local officials was shifted to Burla Medical College Hospital , in Sambalpur.
"The cries of Rajni and the guilt of helplessness in sa ving her life will always haunt me," Fr. Edward sighs.

To avoid SPAM comments, all comments will be moderated before being displayed.